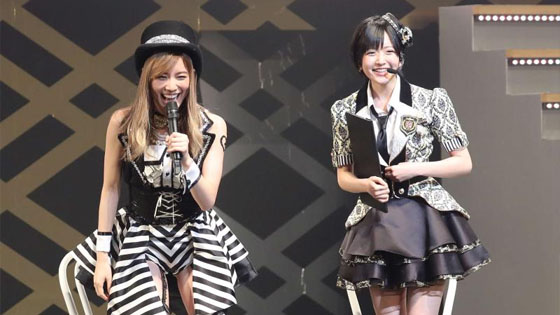 NMB48 member Suto Ririka and SKE48 member Matsui Jurina were MC of" Suto Ririka no oshie te senpai" in AKB48 group Request Hour Setlist Best 100 2017 (Day 2) concert on 22 January 2017, and they talked about the dispute between fans of two groups.


The dispute was aroused by Matsui Jurina's Tweet after SKE48 performing NMB48's song "Zetsumetsu kurokami shoujo" in handshake event in December 2016, she wrote "SKE48's Zetsumetsu kurokami shoujo (Extinct Black-haired Girl) is the best. Though not feeling the crisis of extinction level, SKE has lots of members with black hair.", that Tweet made a lot of NMB48 fans uncomfortable. 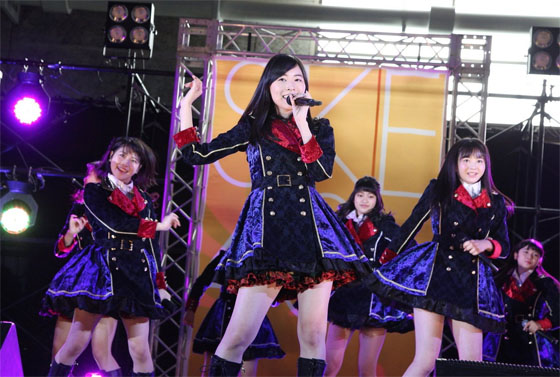 What is this shit? Some wotas...
Crazy that Ririka and Jurina even adress something this trivial.

Just a heads up, that title seems to imply Ririka is dissing Jurina. Which is not the case.
Normally I wouldn't point that out, but based on this article maybe it be better...
the problem is fans are way too damn sensitive.

One of the problems about this is that many of the "upset" fans are or either "New Types"(fans of the post-2010 AKB), or Sister Group fans. sheesh.
And by the way, we all know, (well, at least i know, since i'm a fan from before Jurina joined), that she is a bit of an idiot, not in the bad way of course, i'ts because she joined at a really young age and lacks a lot of life experience on certain fields. we all know that, we know she has been putting her personal life aside for the well being of the group. And that's why reading stupid replies on her tweeter gets me upset. These people say whatever they want just because the pc screen protects them, cowards.
↑ Back to the Top