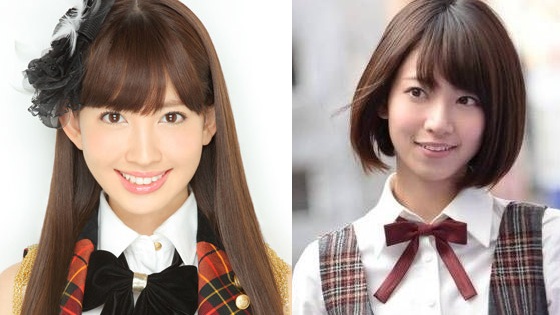 In Nogizaka46 2015 National Tour PV, captain Sakurai Reika said she wants victory, and the group almost made it, they has closed the gap to their official rival: AKB48 in 2016. In 2017, will Nogizaka46 take the Number 1 idol position from AKB48?
Let's compare Nogizaka46 to AKB48 by the size their top member s' graduation concerts in February.

Kojiharu wanted that date cause it is the nyan nyan day, and she had only that choice. So I don't think this exemple fits that much to say nogizaka is more popular than AKB.

It's not about the capacity. It's about the attendees number

We all know that 46 > 48 since a couple of years.
IF aks don't push team 8 and NGT members more then 46g will take over all the japanese market since the other groups are already tiresome to watch/follow.
While the max capacity for Nogi's concert is much bigger, we would have to see the attendance. Matsui Rena and Sae's concerts for example were held at big venues but some sections were empty and covered with tarp.

Nanamin's concert is also part of Nogizaka46's 4th Birthday live so of course it's a big event.
Well if you wanna compare why don't you see acchan graduation concert ?

there we be way more fans for each, outside the concert places. many on internet, especially overseas fans. you have to have a internet counter to see how many votes each one gets. my personal favorite is kojima haruna. it be happy and sad day. she leave akb. will kojima get her own grad song. some grads had great grad songs

Either way, two of my favorite idols are graduating :sigh: