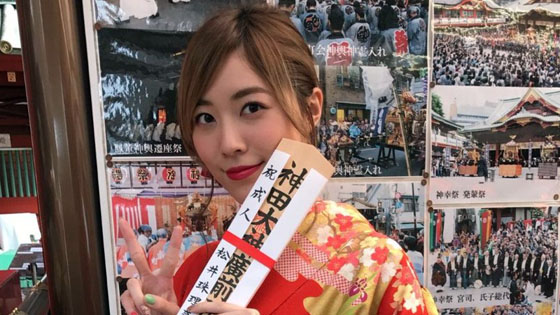 SKE48 member Matsui Jurina particapted the coming of age ceremony which is for Japanese resident celebrates their becoming adult (at age 20), and she announced her target of age 20 is to be General Election Number 1 this year.

As a Jurina Oshi I do what I can in buying votes every year.
But since Sasshi said she will enter SSK this year that will not happen.

No one can touch Sasshi in SSK :)

As a fan of Jurina, I will vote for her this year too. But I think the goal you have set is difficult.
Sashi, Mayu, Sayanee are difficult rivals to win.
She should be making blood sacrifices. Ryoha and Lala a good start.

Jurina and her obsession
nothing wrong with ambition. Mayuyu was saying the same when she was her age. Jurina have been in the group for awhile so people forget she's still young so right now her sight is still on that teppen dream. once she'll get older she'll focus on other thinges and won't care about center as much like Mayuyu did.

T.T.
It was Sayanees last SSK, and Jurina already beat her this time.
Mayuyu we don't even know if she will enter.

But Sasshi cannot be beaten, she had more then double the votes of Jurina, and like 70k on Mayu :)

To be honest, I don't think Jurina will Crown AKB48 General Election this year. She'll have to battle it out with Sayanee and probably Miion
↑ Back to the Top