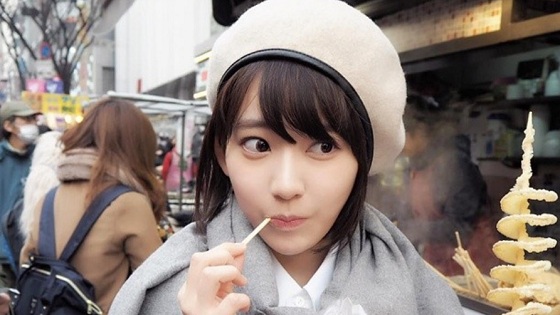 Plastickura visiting the capital of plastic surgery. That recent date with Aki-P in the keyakizaka live finally paid off.
^ probably puffing up her eyes, I mean, why is she in korea so regularly if it wouldn't be for that?

Of course it's plastic surgery nothing to do with Fukuoka literally being right by Korea, that sea is tiny. It's a very common holiday destination.
It's like British people going to France.

Perks of having a producer sugardaddy and a korean boyfriend. Sakura really learned from the best!