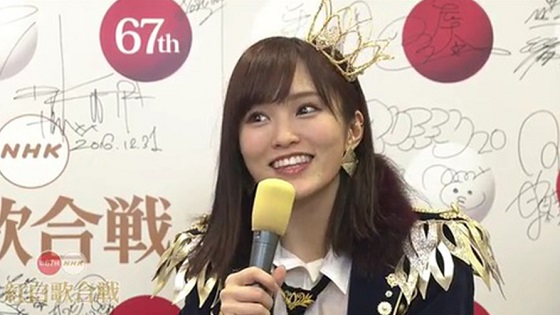 Sasshi, Yukirin and now Sayanee. Now we wait for Mayu.
Jurina and Sakura are probably crying in a corner, no shot at Nr. 1 for another year...

Also I have the inkling that everyone that said it was their last sousenkyo but haven't graduated till this years happens, will participate.

This is just sad news..
lol the ones that said they're not participating are all joining again

Pffft. Whatever. No one's really 'not joining' the SSK unless they're graduating in the near future, lmao

imo telling fans they're not participating in the next sousenkyo is just some form of emotional blackmail so that fans will power vote them like crazy. watch em repeat the same words in the next 'senkyo after submitting their candidacy.

tbh, if sayanee's album sold better, i don't think she will be in ssk next year. the number is good but not as good as yoshimoto hoped. let's face it; it doe not matter how hard or well j & ske does, there won't be any push from management. and the push will not stop for sakura & hkt no matter what happen. i think both jurina & sakura know that by now.