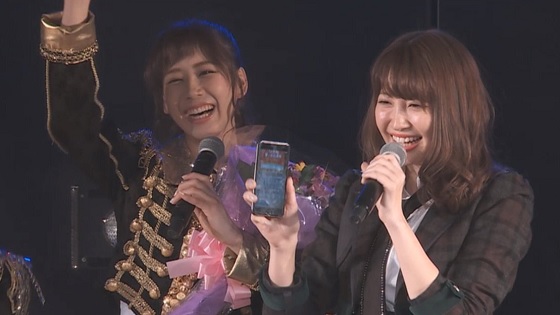 For 67th NHK Kouhaku Uta Gassen, AKB48 group will participate with only 48 members out of 300+ members. The selection member will be through voting via Kouhaku’s app (1 vote per device, and Japan only). The results will be announced in TV show "Road to Kouhaku Special" on 29 December 2016 (without ranking), and during Kouhaku Uta Gassen LIVE broadcast on 31 December 2016 (with ranking). 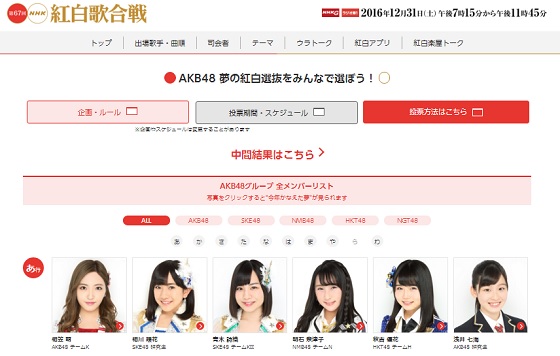