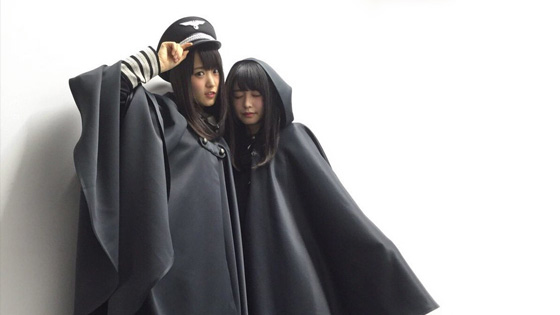 Seed & Flower LLC and 46 series producer Akimoto Yasushi release an official statement to apologize and promises those Nazi-themed German military costumes will not be used again.

An international Jewish human rights organization Simon Wiesenthal Center expressed their disgust over those costumes and urges Keyakizaka46 producer and Sony Music to apologize over the use of Nazi-themed costumes, on 31 October 2016.

Do we Asian have the right to get offended to the British who still using the same flag when they're killing millions of people here???
This is such overeea

This is stupid. I know the NAZI is evil and whatever. But this is just costume for God sake!

Anything resemble Nazi theme, it touch the nerve of a lot of people. If sony is stupid enough to have their artist wear custom like that, they deserve whatever s**t storm they get.

Lose the Eagle and no one would have seen any similarities. Just silly outrage police again.
It's not even Nazi themed. It looks like your general retro military concept that Keyakizaka have been using since debut. THe uniform underneath is a black ver of their SaiMajo outfit. It's just a bunch of western people overreacted and this ended up being blown out of proportion. It's like how they want Japan's google map to stop depicting Buddhist temple with the manji symbol that (ignorant) people can sometimes mistaken for Nazi's swastika, even though the manji symbol have existed long before Nazis and the Nazis stole it from Buddhists but now apparently you can't use it because of sensitive westerners.

Don't even look like Nazi uniforms but commercial pilot uniforms right down to the stripes on the sleeves.
↑ Back to the Top