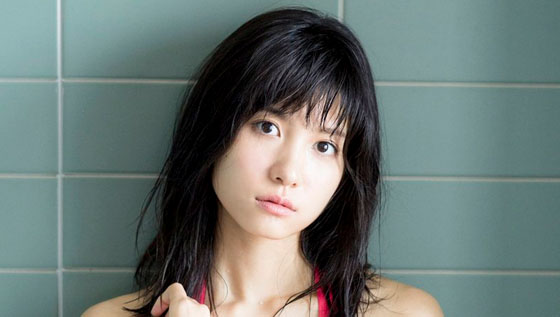 
Taniguchi Megu said there are too many sister group members in AKB48 single (leading song) line-up, though AKB48 participates the music show, AKB48 members are hard to be recognized.

Though Taniguchi Megu understands AKB48's CD sales rely on sister group's participation, she also hope the management has the courage to start AKB48 all over again, and give the opportunities to young generation, just like 1st generation members built their national idol group from group up.

I agree with her. The haven't released an AKB single that was just AKB members since SKE was created.

The day SG members stop being included in AKB singles is the day AKB stops including SG in their handshake events. Then again, it will also be the day they stop getting those million sales, so...

She isn't wrong. Just compare the management behind the 46 groups compared to the 48 groups. The 46 groups have basically built their name on popularity up on their own. There are no crossover members as each group is expected to have members that can carry it. And back when there was crossover with Ikoma and Rena, their captain (Reika) actually openly express disappointment in the moves. On the other hand you have 48 groups being formed and almost immediately you have members from that group being added to senbatsu AKB singles. This began with Jurina. They even had Jurina as the Center of Oogoe Diamond before SKE48 even released their debut single.

It's something that stifles the opportunities for members of AKB to really grow while at the same time never really allowing the other groups to establish an image of their own in the way that Nogizaka and Keyakizaka have been allowed to do.
Is her handshake selling well?
If it's not, it's a bit awkward to demand this kind of thing
But, as non akb fan, I do prefer they all do separately including HS etc
Sometimes i feel bad for all other sister group member who's selling better than akb member but they didn't get anything in return

just look at the senbatsu line up during ssk the other day...theres barely any akb members anymore

It’s no secret to any AKB fan that the management sucks, AKB's management has utterly failed to realize all their beloved one are failed push, and they provide no soil for I-don't-care-to-push-members.

if they can sell hs tickets as good as sayanee, sakura or jurina, then i'm sure management will gladly let them into senbatsu as well.

Omegu's spilling the tea lol. But I agree with her 100%. Why do you think some members of AKB are graduating?

Megu wants senbatsu post so she wants sister groups out. If AKB really wanted to have a major resurrection, all must be fired and start anew. They keep on pushing for what they call "next/new gen" girls who are in akb for like, 3 to 5+ YEARS? and still don't produce result. Can't blame the management though for depending on veterans, for they want $$$

then they can release a team 8 single. that's all akb48 members

Like others said, without SG members AKB will not be selling million copies single which is the only thing that make them relevant these day. Nogi pass them in popularity a few yrs ago.
Yes many akb members leave because they feel left out of the spotlight but more will leave if akb become irrelevant in the public eyes. For the long run akb members only single is a must because it will sort out who is committed & who is just along for the ride. That also mean akb has to start from scratch on sales & everything, I doubt aks has the courage for that.

If her handshake sales aren't great due to having top members from sg's to compete with then she has a point. How do you stand out in a field of stars and pull established fans away from thier oshis? Reverse it and think how it would be for top members of AKB48 to be at an HKT48 handshake.
↑ Back to the Top