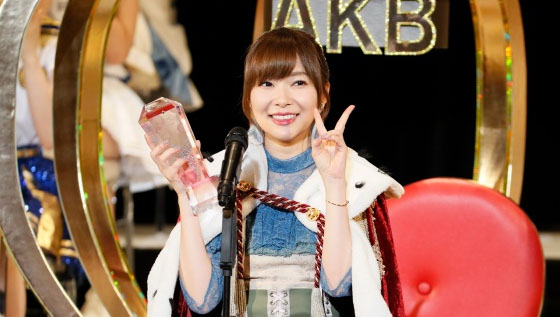 Idol/Youtuber Yoshida Akari gets the set of single selection, it is her first time get into top 16 in 7 years, while she got 77th place in last General Election, it is very likely because she gets lot of fans from her Youtube channel which opened in February 2016.

The 9th AKB48 General Election is the first time without on-site fans as audience, the management cancelled most event and concerts due to bad weather, and it is first time having a member (Sutou Rirka) made an engagement announcement during speech.

Yes, I overlook the votes other than TOP 80 members.
Thank you very much, I have revised the content.
↑ Back to the Top