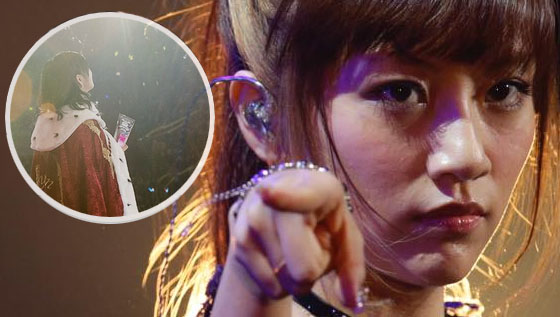 AKB48 is forced to cancel their annual event General Election 2017 and concerts for bad weather, HKT48 member Sashihara Rino was very upset and criticized the managment on her official Twitter; it makes some fans think her action is inappropriate.
Former AKB48 General Director Takahashi Minami comments on her 755 and support Sashihara Rino's action. Takahashi Minami said staff should be more careful for outdoor activities since Oshima Yoko was forced to cancel her graduation concert in 2014. Though she understand staff is very hardworking, the group need someone to blame them. Takahashi Minami also mentions "Someone once told me you need to have courage to be hated".