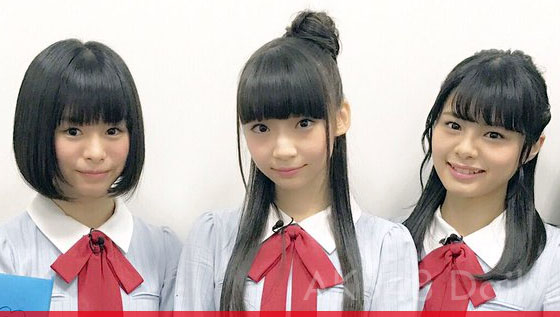 AKB48's 2017 General Election's preliminary results have been announced at last week, most media focus on the black horse - NGT48 member Ogino Yuka ranks the 1st place in the skirmish, however some fans may overlook other 2 NGT48 members' data.
According preliminary results, it not just Ogino Yuka got good results (55,061 votes), other 2 NGT48 members Homma Hinata and Takakura Moeka also gets 25,032 votes and 21,667 votes separately.

Fans may thinks General Election is just a game of fans, however, please note NGT48 debut single sales was good, it sold 160,271 copies in first week. Moreover they got their own TV show "NGT48 no niigatta Friend" and TV drama "When they cry", and lot of TV ads, and most important they got local government and enterprises' support. It seems NGT48's future is promising, and will be a new power leading AKB48 group.