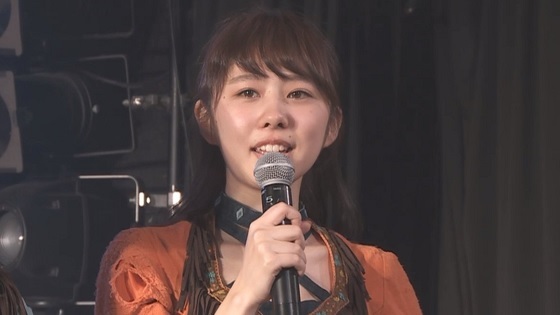 AKB48 Team 4 member Okada Ayaka announced her graduation during LIVE performance in AKB48 Theater on 3 March 2017, her graduation schedule is not yet confirmed.

Members doing the placement battle for Kimi, Dare were surprised by this. Oh well tis the season.

Hope this is the last graduation announcement before senbatsu.

good decision. group dominated by sister group member have no future
^agreed. we won't see old original AKB members getting pushed. not even if they rank high in the election.

There have been so many grad. announcements, I'm having a hard time keeping track of who's leaving :(

not a good decision. i thought things were looking better for her recently.she looked great during juri team 4 stages

She's 18 now, a good time for her to decide it she's fine with being a Theater Girl for the next 4-6 years or is she wants to try a different career.