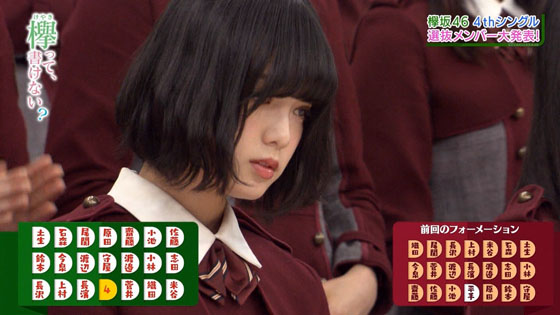 Keyakizaka46 upcoming 4th single's lineup has been announced in TV show "Keyakitte, Kakenai?" on 26 February 2017, the CENTER for this single will be Hirate Yurina. 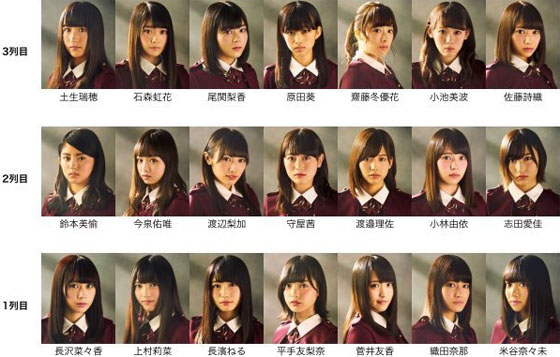 Hirate is the best center I have ever seen in any group. So I am okay with this.

On the other hand, she looks like she wants of this pressure ride.
Hopefully she stays off the internet/2chan the next week...

Wooah Techi again, congrats. BUT Nagasawa-kun, Yonesan, Oda and Uemura at the front

. I still want Habu to be at least in the front tho. No Hiragana tho, i guess they'll remain like a separate branch or somethin for the time being
Yurina again? Yawn

I can see the hate coming out of boredom for having a perma-center. It will be Ikoma all over again. Management should protect her image instead of using her until death due to overuse.

Hirate maybe young, but has a strong personality and a mesmerizing gaze. She is still center for a reason.

Techi is the center because she is, IMHO, the best.

How can she be considered the best if no one else has ever been given the chance to center? Lol

^She isn't the only one in music videos and performances you know and so far they haven't found Hirate's Oshima Yuko.

Techi proved that she's a great center, so I don't mind. I'm happy for Yuuka and Neru, finally out of the second row! Glad that some of the 3rd row members (Rina, Nanami, Nana & Nanako) are finally in the 1st row. At this rate, we might see Ozeki, Nijika & Habu in the 1st row for the 5th single. And they'll probably change the center after everyone has been in the front row at least once.

Lol at someone who refuses to see techi's high quality.

Hirate again? Keyaki is turning out to be as boring as I thought lol.
↑ Back to the Top