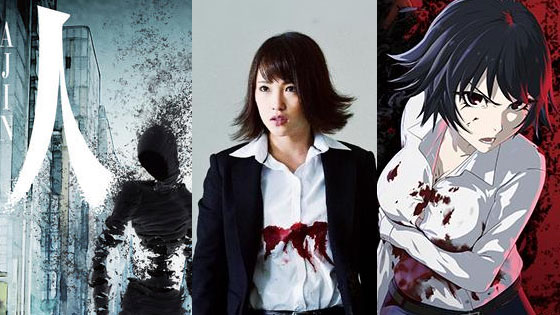 Former AKB48 member Kawaei Rina (川栄李奈) will appear in live action anime movie "Ajin: Demi-Human" (亜人), she will play the character "Shimomura Izumi" (下村泉) in the movie. The movie will be released on 30 September 2017. 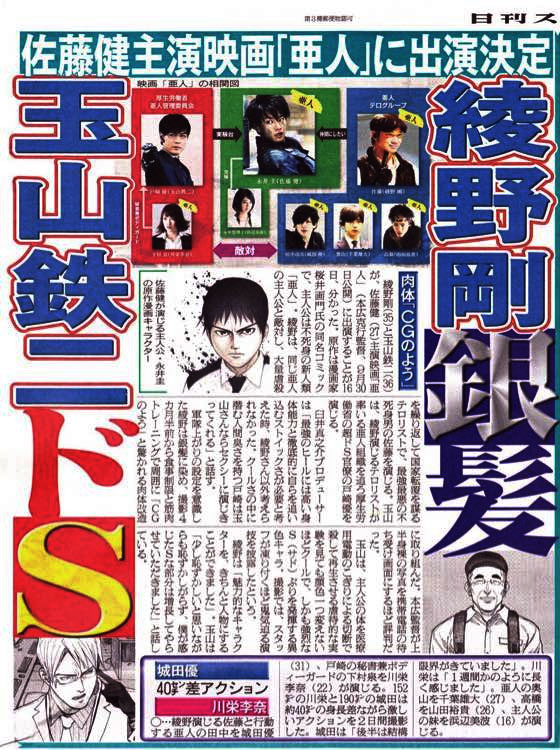 The movie is adapted from same name manga/anime, the manga is written and illustrated by Sakurai Gamon. The story is about the government discovered there is an immortal kind "Ajin" existed, and used them as subjects for inhumane experimentation, and then Ajin escaped and raised a revolution to human kind.

Shimomura Izumi is an Ajin. She works in the Ministry of Health, Labour and Welfare, and also acts as Ajin Research Chief officer Toskai Yuu's body guard under a special agreement.