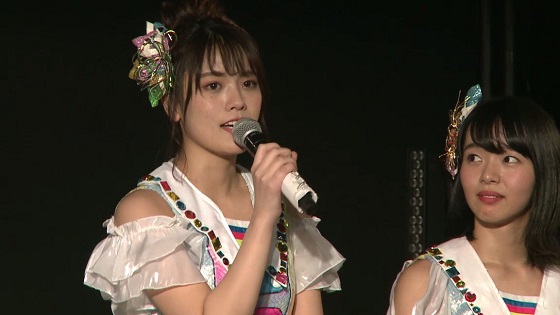 4th SKE48 members announced graduation! and 1 was fired
It is just Mid February, it has had 5 girls leaving SKE48, 10 girls leaving AKB48 group. What's going on?!

And the snowball goes on and on in SKE, and most of them are young too...
Wouldn't be surpised if Kanon is next at this point.

i just hope SKE48 wouldn't end up just like the SDN48.This is just way too much to handle.

I thought meimei want to join SSK?
I guess they want to do mass grad again like kuumin, mizuki etc

I don't mind a lot of member grad at the same time tho
So that i can be sad only once in a while, not every single month

At this point, I'm starting to get REALLY worried with all these graduation announcements of SKE. It was only yesterday when Azumarion's announcement and it's not going to stop there?! SKE is starting to become weak compared to other sister groups :,(