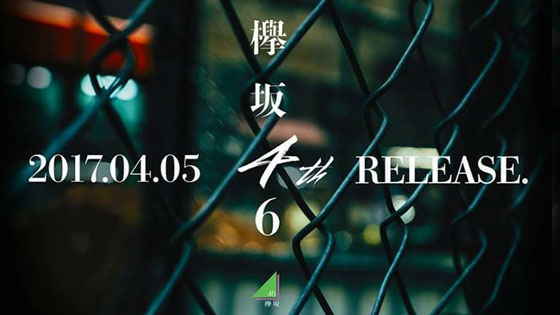 It was announced in Keyakizaka46 official web site that Keyakizaka46 will release their 4th single (TBA) on 5 April 2017.  It will be released in 4 types (Type A/B/C/D Limited edition) + Regular edition.

i bet ya the 4th single's music video will feature a bridge
1st - Yuipon cycling
2nd - Zuumin + Kuritaro running
3rd - Techi running
4th - ??
oh maybe cause it's a new year, they're going to try something different like floating in a pool or somethin

Ah I see, that's why the members took pictures of 45, because the singles release date is April 5th